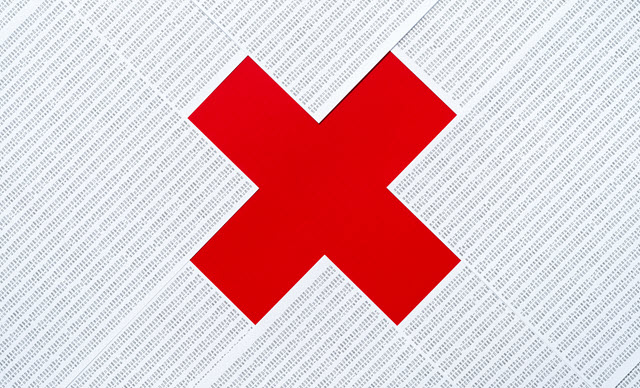 What should you do if you suspect fraud?

Audit International have compiled a list of do’s and don’ts for auditors when potential wrongdoing surfaces.

Fraud can occur within any organization regardless of size or sophistication, even when internal controls seem effective. Despite this harsh reality, many audit clients and auditors are caught off guard when they become aware of alleged fraud. This article addresses how auditors should respond if suspicions or allegations of fraud surface during a financial statement audit.

To begin with, it is important for an auditor to remember the definition of fraud in the context of an audit – “An intentional act by one or more individuals … involving the use of deception that results in a misstatement in financial statements that are the subject of an audit”

With allegations of fraud, the key consideration for an auditor is whether the fraud might result in material misstatement of the financial statements. While allegations of fraud should always be appropriately considered by the auditor, not all fraudulent acts will necessarily have a material impact on the financial statements. Auditors are mainly concerned with misstatements that result from either fraudulent financial reporting or misappropriation of assets.

Before discussing what to do as an auditor if you become aware of potential fraud, let’s highlight first what you should not do: Never draw conclusions of guilt or innocence
The legal determination of whether fraud has occurred is made by a judge or jury, not by management and not by the auditor. So, when suspicions or allegations surface during an audit, it is important not to make conclusive statements of guilt or innocence either orally or in writing.

Instead, advise your audit client to seek legal counsel regarding what steps to take in response to the allegations. Even though the client’s action or inaction in addressing suspected fraud may affect the trajectory of the audit engagement and raise issues such as whether an audit firm can issue an opinion or should withdraw from the engagement, it is not the auditor’s role to be legal adviser to the audit client. The auditor instead needs to focus on an appropriate audit response to the situation within the context of generally accepted auditing standards.

WHAT TO DO IF THERE IS SUSPECTED FRAUD

Our discussion to this point has focused mainly on what not to do, so what should you do if you become aware of suspicions or allegations of fraud during an audit?

Notify the right people :
Depending upon who is suspected of the fraud, identify the appropriate members of management or those charged with governance to contact. Notify only those client parties who need to know.

Ask questions :
Gather essential facts about the suspicions or allegations relevant to the audit.

Document your actions and determine the situation’s effect on the audit :
Consider the possible outcomes of a client’s fraud investigation and its impact on the audit, which could include termination of the employee accused of wrongdoing, a fidelity bond claim, legal action, or a combination of these. How a client responds to such allegations or suspicions of fraud will directly affect how an auditor should respond. If a client does not take such allegations seriously, withdrawal from the engagement may be necessary.
In summary, when suspicions or allegations of fraud surface during an audit, it is extremely important to demonstrate a sufficient response to the situation to support the auditor’s conclusions on the engagement.

And finally, make sure you are asking yourself these KEY QUESTIONS.

As you gather information relating to allegations or suspicions of fraud during an audit, consider the following key questions:

– Who will investigate the suspicious activity and follow up on the allegations?
– What are the client’s policies, and what outcomes may come from its investigation, such as termination of the employee, a fidelity bond claim, legal action, or a combination of these?
– What financial statement misstatements are suspicious? What transactions are suspicious? What assets are suspected of being missing?
– Who is the suspect? Is there more than one?
– How long has the suspect been employed at the organization? Note: The worst-case scenario is when allegations are toward a very long-tenured employee with limitless access and authorization to the organization’s assets and systems throughout his or her tenure.
– What is the period under suspicion?
– What roles/positions did the suspect have throughout his or her employment tenure?
– What access does, or did, the suspect have to assets and systems throughout his or her tenure?
– What are the possible ways the suspect could have committed fraud, considering his or her access and authorization to assets and systems? Has the suspect confessed to committing fraud? If so, what did the suspect confess?
– Are there any controls in place that would mitigate fraud risk and limit the amount of possible fraud committed?
– Can you estimate a “worst-case scenario” amount of how much cash or how many assets were stolen?
– What misstatements to the financials could result from the suspected fraud? Consider the possible impact on beginning net assets if prior years are involved.
– What disciplinary measures have already been taken toward the suspect? Did the client place the suspected employee on leave and limit his or her access to assets and systems?

“Audit International are specialists in the recruitment of Auditors and various Corporate Governance Professionals including Internal Audit, Cyber Security, Compliance, IT Audit, Data Analytics etc across Europe and the US.