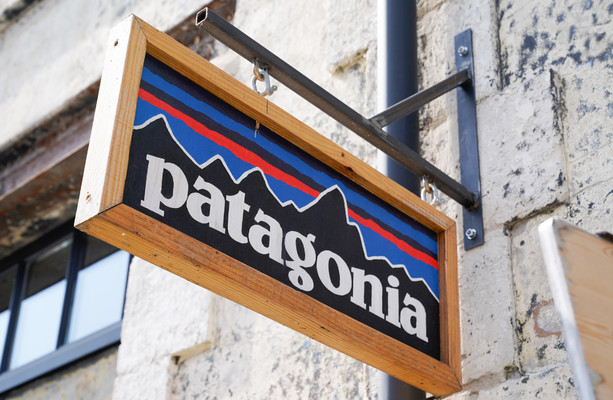 Audit International were in awe to hear this revolutionary news from the billionaire founder of the outdoor fashion brand Patagonia. He has announced just yesterday he is giving away his company to a charitable trust.

Yvon Chouinard said any profit not reinvested in running the business would go to fighting climate change.

The label has amassed a cult following due to sustainability moves like guaranteeing its clothes for life and offering reasonably priced repairs.

The brand’s website now states: “Earth is now our only shareholder.”

Mr Chouinard has always said he “never wanted to be a businessman”.

A rock climbing fanatic, he started out as making metal climbing spikes for himself and his friends to wedge into rocks, before moving into clothing and eventually creating a hugely successful sportswear brand with a cult following.
Founded in 1973, Patagonia’s sales were worth around $1.5bn this year, while Mr Chouinard’s net worth is thought to be $1.2bn.

He claimed that profits to be donated to climate causes will amount to around $100m (£87m) a year, depending on the health of the company.

“Despite its immensity, the Earth’s resources are not infinite, and it’s clear we’ve exceeded its limits,” the entrepreneur said of his decision to give up ownership.
The Californian firm was already donating 1% of its annual sales to grassroots activists and committed to sustainable practices. But in an open letter to customers, the apparently reluctant businessman said he wanted to do more.

Mr Chouinard said he had initially considered selling Patagonia and donating the money to charity, or taking the company public. But he said both options would have meant giving up control of the business and putting its values at risk.

Instead, the Chouinard family has transferred all ownership to two new entities. The Patagonia Purpose Trust, led by the family, remains the company’s controlling shareholder but will only own 2% of its total stock, Mr Chouinard said.

It will guide the philanthropy of the Holdfast Collective, a US charity “dedicated to fighting the environmental crisis” which now owns all of the non-voting stock – some 98% of the company.

“Each year the money we make after reinvesting in the business will be distributed as a dividend to help fight the crisis,” Mr Chouinard said.
Patagonia combines high-end outdoor fashion with its own brand of environmental and social activism. It’s a heady combination that certainly appeals to a loyal, if predominantly well-heeled following.

Part of the attraction comes from the fact that its environmentally conscious stance isn’t new. It was preaching eco-awareness years before sustainable fashion became fashionable.

But it’s still pretty hard to save the planet, if your business depends on selling stuff, however many recycled or renewable products you use.

By ringfencing future profits for environmental causes, Patagonia’s founder Yvon Chouinard has done his best to square that circle.

But he is also clearly trying to ensure that Patagonia brand is future-proofed and can never fall into the hands of the kind of companies he has accused of greenwashing in the past.

It’s nice to bring a good news story to you readers, and it will be interesting to see if any other climate conscious companies will follow suit. The bar has well and truly been set.

“Audit International are specialists in the recruitment of Auditors and various Corporate Governance Professionals including Internal Audit, Cyber Security, Compliance, IT Audit, Data Analytics etc across Europe and the US.